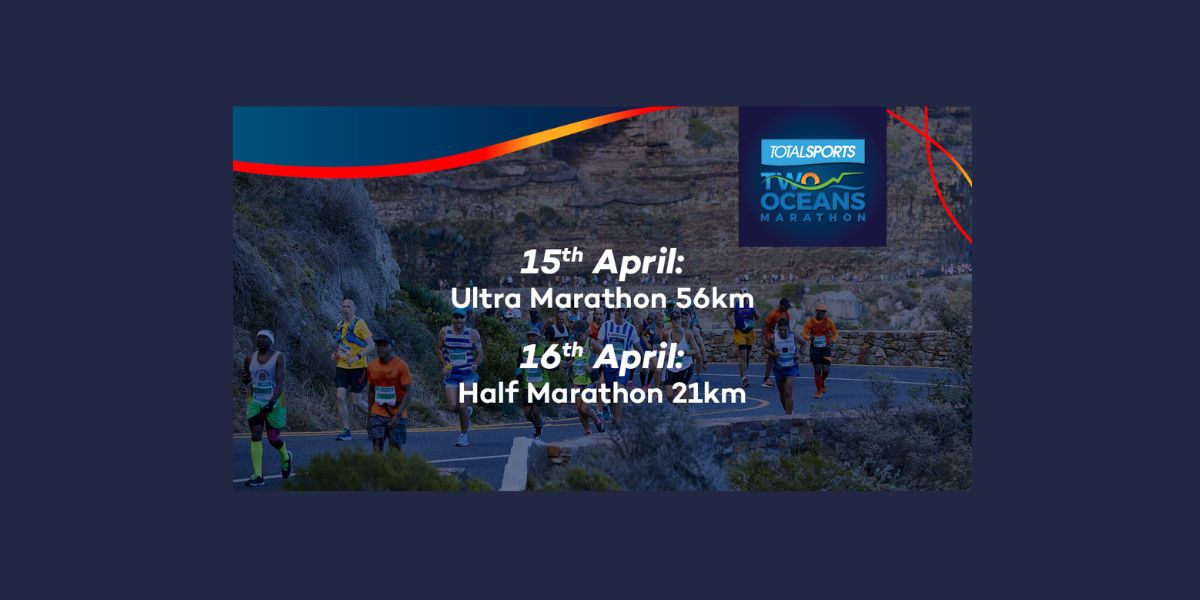 Once again, the race will be held over two days, with the Ultra and Half Marathon scheduled for Saturday, 15 April and Sunday, 16 April 2023 respectively.

It marks the first time since the fourth edition of the Two Oceans Marathon in 1973, that the race will not be held over the Easter Weekend, but on the following weekend.

Given the plans to grow the capacity of both the Ultra and Half Marathon over time, this expanded two-day format of the 52nd edition of the Two Oceans Marathon – which was first implemented during the Totalsports Two Oceans Marathon 2022 – provides the only feasible framework for accommodating the consequent upscaled logistics requirements, with runner safety at the core of these considerations.

In turn, the two-day format necessitated the move away from the Easter Weekend, as agreed with various public, hosting and supplier stakeholders in 2022. Following consultations, negotiations and an agreement with the City of Cape Town, business stakeholders, and sporting affiliations, the date for the 2023 Totalsports Two Oceans Marathon has now been finalised as the 15th and 16th April 2023.

‘After extensive consultations and negotiations, it is good to be able to provide the many runners – not least our international athletes – with the clarity they have been seeking. Moving to a new date is never easy. While we can’t please everyone, we have tried our utmost to factor in all considerations – and there certainly were many. Building on the success of the Totalsports Two Oceans Marathon 2022, we look forward to delivering an even better edition of our globally iconic race in 2023,’ says Two Oceans Marathon chairperson, William Swartbooi.

He adds: ‘The move away from the Easter Weekend is a watershed moment for Two Oceans Marathon. It was not an easy decision, but a necessary one, in order to future-proof the event and gear it for growth. When the sum of all factors is considered, we believe we made the most practical decision we could in order to achieve best outcomes not only in 2023, but over the medium-term and indeed the long-term future of the race’.

The Two Oceans Marathon contributes up to R672 million to the local and provincial economy annually, making it Africa’s biggest running event when measured by this metric and is backed by South Africa’s leading sports apparel brand, title sponsor Totalsports.

Issued by: The TTOM Communications and Media Office media@twooceansmarathon.org.za