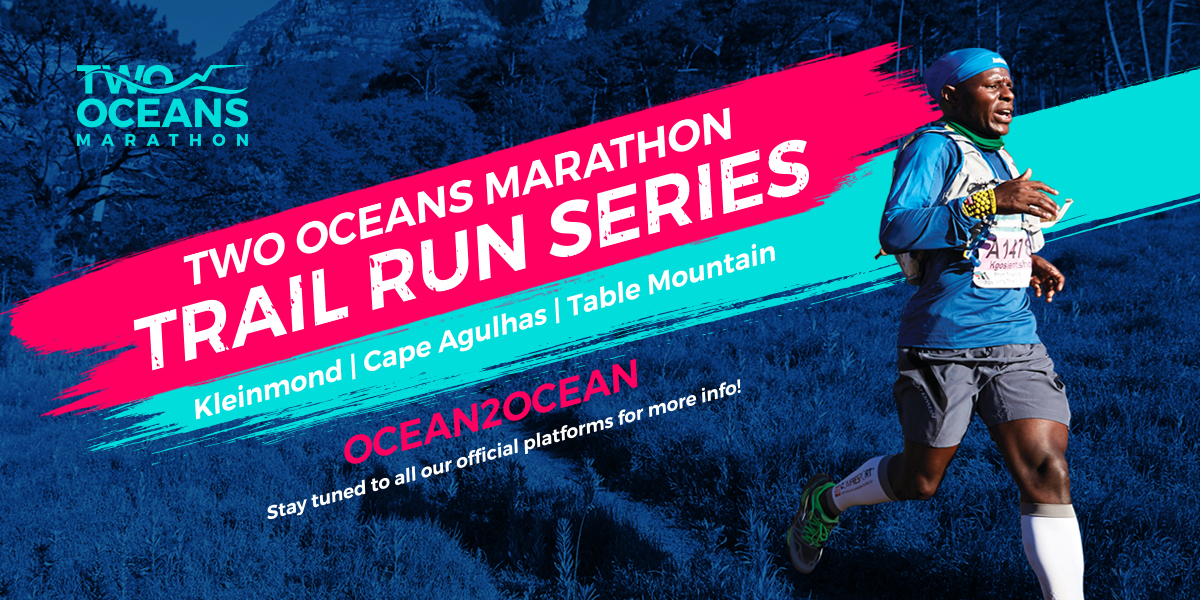 We are excited to announce our inaugural Two Oceans Marathon Trail Run Series which will take place in various locations in 2022 in the Western Cape. Each event of varying distances between 12,6km and 30km, will span two days. Within a Level 4 framework, we would be able to accommodate up to 1 800 runners per event.

The Series will cater for both novices and experienced trail runners, and the fee will include a medal. Each leg comes with prize money and there is also a cash prize incentive for an overall male and female Trail Series winner.

Event dates and entry opening dates will be announced later this year.