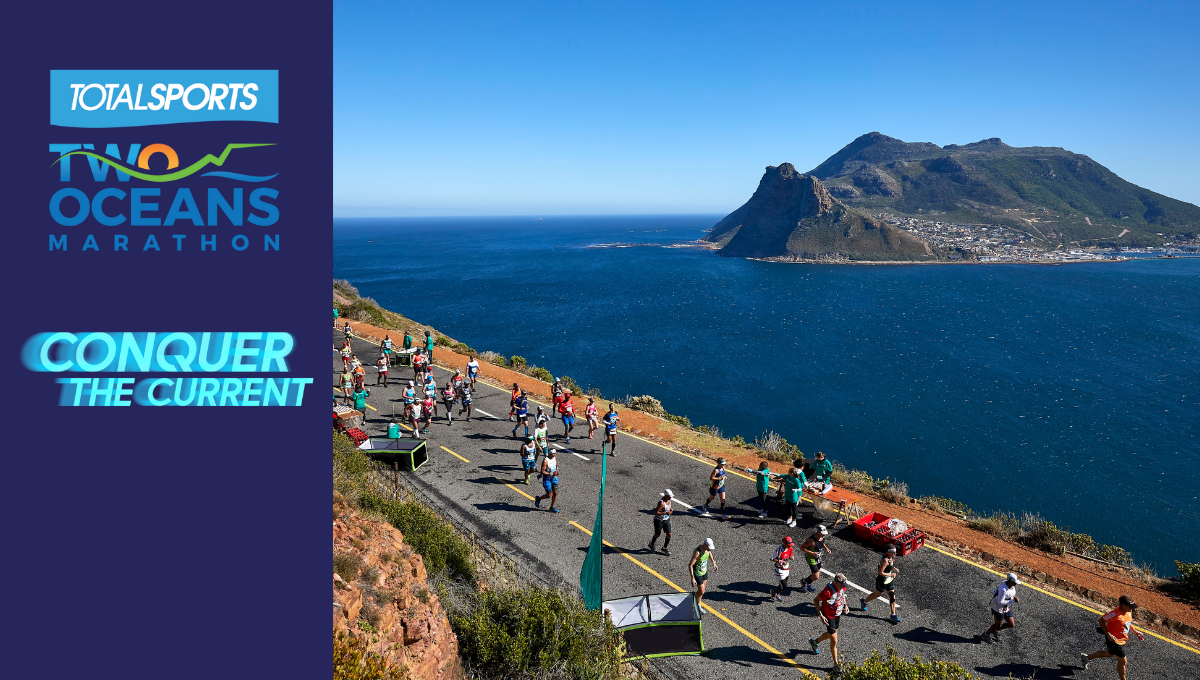 In a mere 50 days’ time, and with a new title sponsor in the form of Totalsports headlining the event, thousands of runners will line up to Conquer the Current at the start precinct for the Totalsports Two Oceans Marathon. This spectacular race on the global sporting calendar is back after a two-year hiatus, due to restrictions brought about by the COVID-19 pandemic.

For the first time, the world’s most beautiful marathon is set to be staged over two days, with the Half Marathon taking place on 16 April and the Ultra on 17 April.

Back to defend their titles are previous champions and arguably the reigning king and queen of ultra-distance running, Bong’musa Mthembu and Gerda Steyn.

Giving chase for the prestigious TTOM title in the women’s race are the likes of Jenna Challenor, Charne Bosman and Anne Ashworth. In the men’s race, the challenge will be led by Kenyans David Kiptui Tarus, John Rotich Limatukei, Shadrack Kipkogey and Alfonsi Kibor Yatich. Overall, the extent of the depth of danger in the field for the champions will unfold further in the coming weeks as several high profile names are still in process of completing their entries.

“It’s great to finally see our running community excited about taking part in landmark events like Two Oceans again. We are committed to making running accessible to all South Africans, no matter the goal, distance, or motivation for running. We want to inspire runners to live their best lives and we know many runners dream of completing the Two Oceans Marathon. Totalsports wishes runners participating in this year’s Two Oceans Marathon all the best with their training over the next 50 days,” says Totalsports Head of Business Jonathan Stein.

Issued by: The TOM Communications and Media Office media@twooceansmarathon.org.za