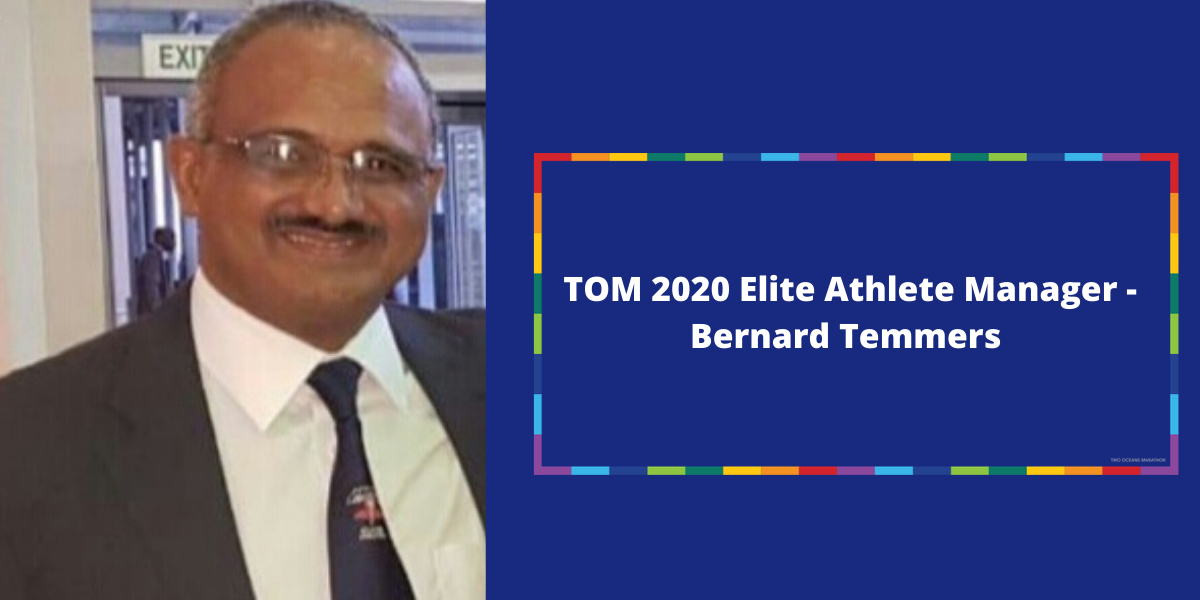 He has managed and engaged with senior athletes at the highest level of competition. As such, he has a detailed and exhaustive knowledge of the sport up to and including at international level.

Notably, Bernard Temmers served with distinction during the period of sporting unification and set a stellar example of ethical and credible leadership.

‘We warmly welcome Bernie to our event as our TOM 2020 Elite Athlete Manager. Given his passion and depth of experience, we have no doubt that the elite athletes will have a top experience at this year’s Two Oceans Marathon,’ says Race Director Debra Barnes.

Some of Bernard’s other notable accomplishments include the following:

‘I’m both humbled and thrilled to have been appointed as Elite Athlete Manager at TOM, a Race which has meant so much to me over the years,’ says Bernard Temmers. ‘I look forward to managing the elite aspect of the event and working with the elites to make sure the experience for them is smooth and, importantly, attracts the top field TOM has become renowned for’.