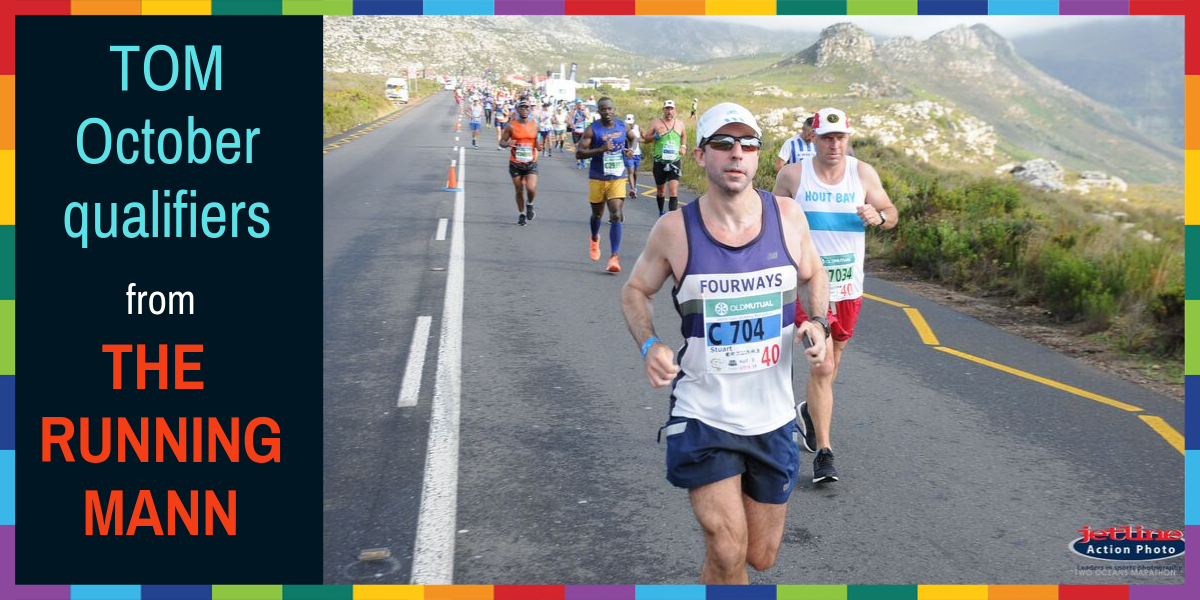 Here’s a summary of all your options.

My pick this month is Boland’s best, the toughest race with the warmest heart and the southernmost marathon in Africa – the Voet van Afrika Marathon.

The ‘Voet’, as the race is affectionately known, is a classic marathon that all true running connoisseurs want on their CV. The race starts eight kilometres outside of Bredasdorp on pristine Overberg farmlands and then throws everything it can at you over the first half of the race until you reach the Soetmuisberg summit.

After plummeting down to Napier, the gravel road, jeep tracks and mountain paths of the first half are replaced with undulating tar road to the finish at the Bredasdorp Sports Grounds. Those who’ve counted the climbs and declines claim there are 16 hills over the last 17 kilometres. It’s fair to sum this all up as, ’The first half messes up your legs and the second half messes up your mind.

Since we’ve just had Heritage Day, it’s worthwhile keeping a look out for our national flower, the protea, and other exquisite indigenous fynbos during the mountain section as well as our national bird, the blue crane, during the farm section. I’d also highly recommend making a weekend of it and exploring the area – for those who like doing things in threes you can also go deep-sea fishing and try to snare our national fish, the galjoen.

I haven’t run the race since earning my permanent number seven years ago and can’t wait to get back to the Southern Cape for my 11th Voet.

There is just one ultra option in October, the SA Run 4 Cancer 48k, in Polokwane (below). This is the only qualifying ultra in Limpopo Province and runs point-to-point along the R71 from Stevens’ Lumber Mills near Haenertsburg to the finish at the New Peter Mokaba Stadium in Polokwane. Proceeds from the run are used to create awareness and support those suffering with and affected by Cancer. 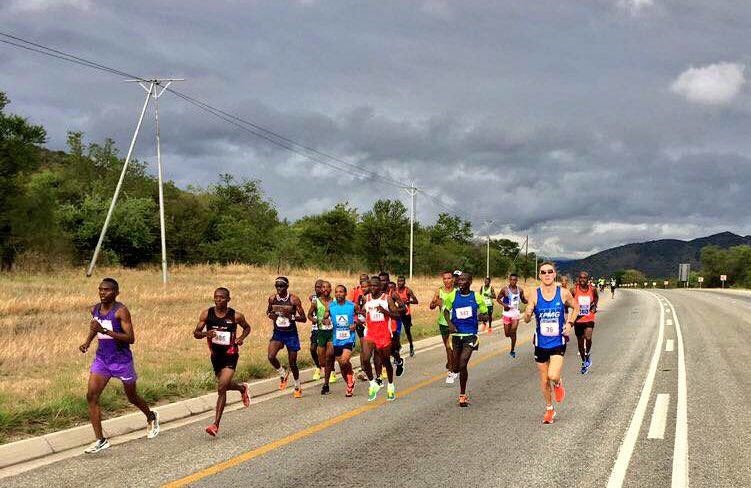 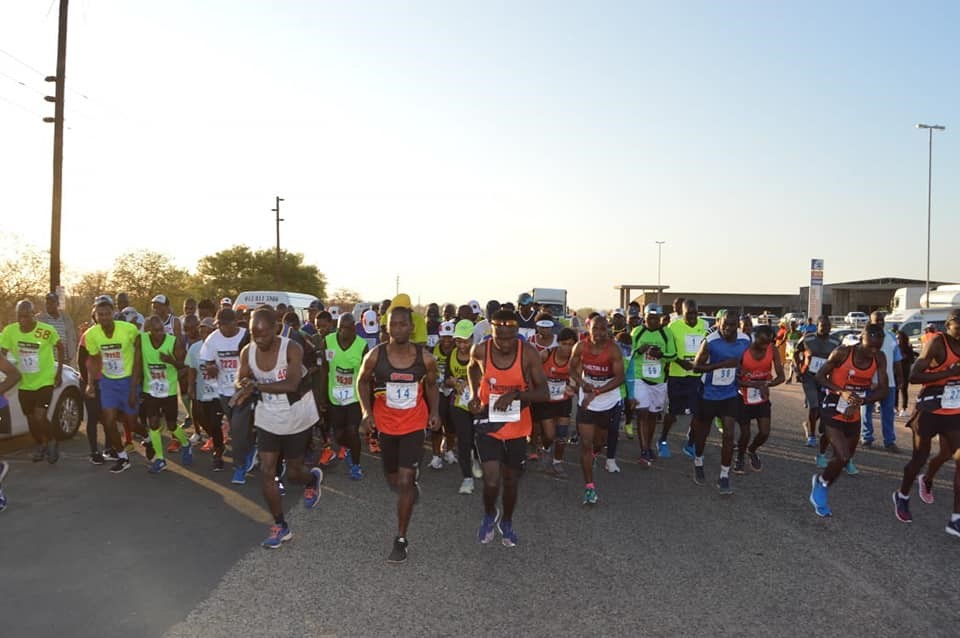 After a marshalling error resulted in a short course last year, the team from Jacaranda City Challenge in our nation’s capital are promising a flawless, runner-centric reboot of the event. It’s a brand new route from Hoërskool Oss-Moot in Pretoria. The timing of the race allows you to take in the best of the Jacaranda blossoms (below), so this is your chance to see purple rain in real life at the only Gauteng marathon north of the Jukskei in the second half of the year. 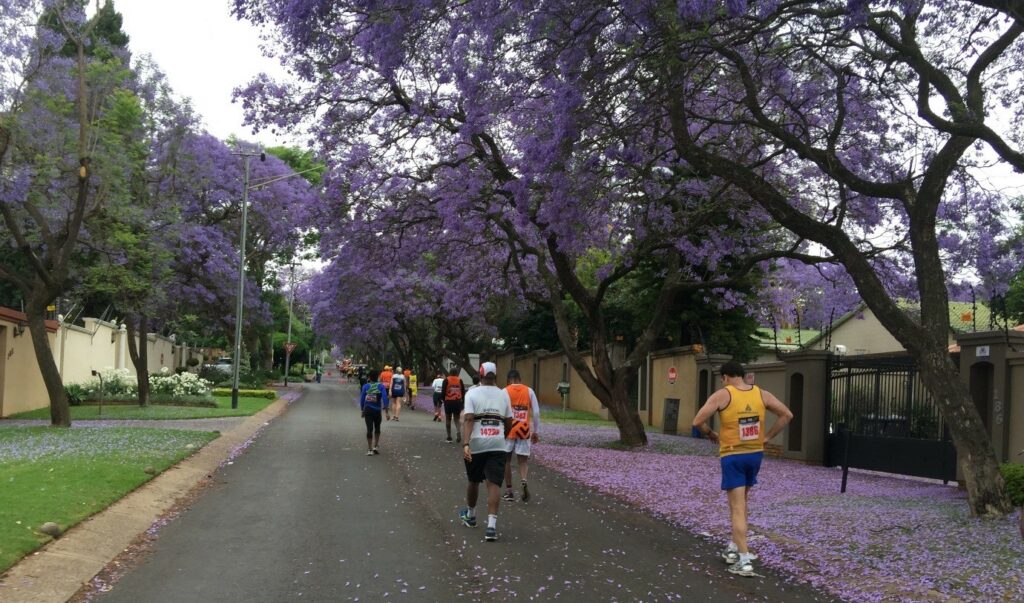 The month concludes with a tour of the KwaZulu-Natal South Coast at the Goss & Balfe Sapphire Coast Marathon. Your run past the popular Aliwal Shoal diving launch so, rather appropriately, this point-to-point route has a profile like the mouth of a ragged-toothed shark. It’s 42 kilometres of unrelenting ascents and descents all the way from Scottburgh to Amanzimtoti. If the hills don’t get you, the humidity will.

New additions to the marathon menu

There are two spectacular new marathons. While not official qualifiers, both should pique the interest of runners looking for a new challenge or something different.

The Clarens Golden Gate Marathon is an out-an-back route run entirely on tar roads within the Golden Gate Highlands National Park. This is an absolutely beautiful ─ but disgustingly hilly ─ part of the world. I’m looking forward to running their inaugural event.

Modelled on the famous Marathon du Medoc, the Cape Wine Marathon is an on-foot, off-road circular tour of all the wine farms in the Durbanville Hills region of the Western Cape. There are 13 wine tasting tables so arrive with a clean palate and a designated driver. The race starts and finishes at Meerendal Wine Estate; expect plenty of elevation between farms to work up a good thirst. Enjoy the backdrop of the Cape Winelands and the backbeat of live music along the way.

The Running Mann has run over 200 marathons and ultras and is on a mission to run every marathon in South Africa. He’ll be running Clarens Golden Gate, Voet van Afrika and Run 4 Cancer this month. Follow his adventures as they unfold on Twitter, Instagram and Facebook