Home > Two Oceans News > Blogs > Shaun Meiklejohn: The Man with the Many Miles and Medals

Shaun Meiklejohn: The Man with the Many Miles and Medals

In 20 Old Mutual Two Oceans Marathons (OMTOM), Shaun Meiklejohn has run “silver”, meaning he has finished the 56km Ultra Marathon under four hours, on 18 occasions. This year he ran his 20th OMTOM, and was once again in the sub-four hour finish time. 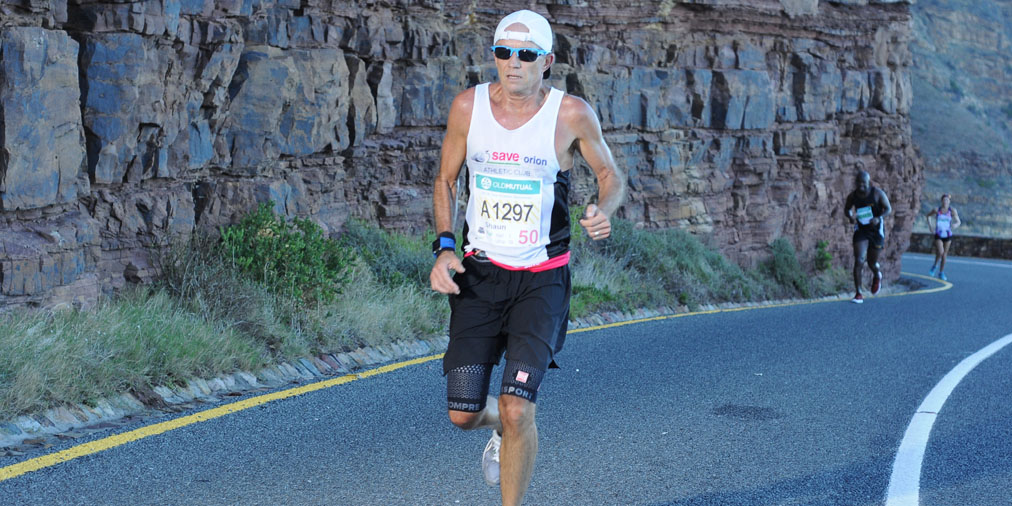 “I started my running career in 1982 which was also the year that I ran my first Two Oceans and Comrades Marathons,” says Meiklejohn. “I never had a running background at all. I was a student at the time and just joined some friends who had been running for a year already and I quite enjoyed it.”

Since then, the only gap in his running career came when he had a six year break after running his 21st Comrades Marathon.

“At that stage I thought I was done and dusted with running. But then one day I was 16kg overweight and decided in 2009 that I would train and enter the 2010 Comrades Marathon. I lost all the weight over a 10 week period from making drastic changes to my eating habits.”

“I have been running seriously since mid-December to get the legs into shape,” said Meiklejohn on the finish line of the 2018 OMTOM race.

“Silver is not an easy run at the OMTOM; it’s a very fast 28km, and actually quite a fast 42km so it’s a race where people can overcook it in the beginning. My plan was to go out and get another silver, which I just managed.”

The result is more impressive when taking into account a serious injury from last year that kept Meiklejohn off the road for five months. “I was out of action for a long time, so it took a lot of effort to get to the finish today.”

In a special year of running for the South African road legend, the Comrades Marathon is up next. For Meiklejohn, number 30 beckons, and then perhaps a change of distance.

“I am looking forward to it. It’s another great race that I have a great relationship with. But I must be honest, I think after that I will reconsider my running. I want to prolong my running career and to do that I think it will be better to run the shorter events.”