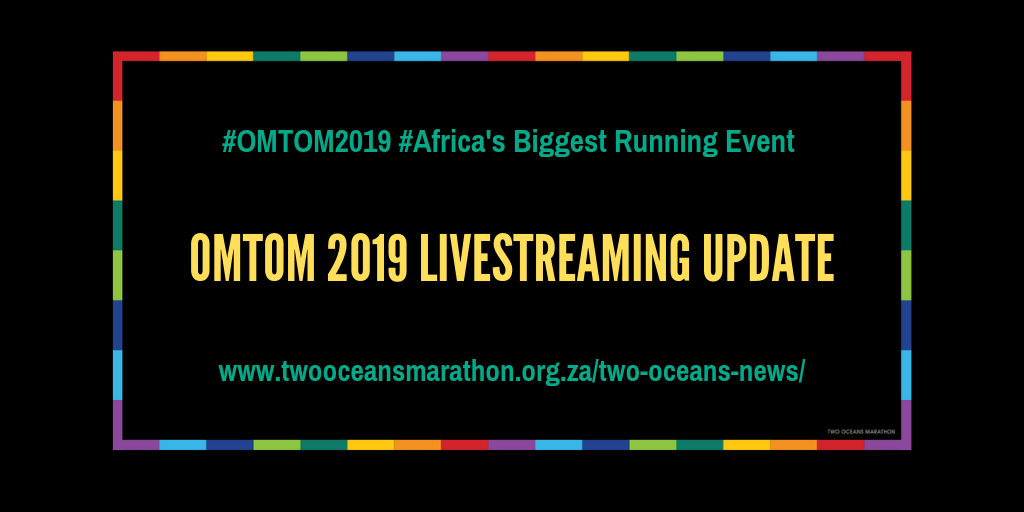 Western Province Athletics has a long and proud association with the Two Oceans Marathon, who will be hosting their 50th milestone marathon edition of the Ultra Marathon on 20 April 2019.

As a marquee event on the WPA Calendar, the Two Oceans Marathon has for many years enjoyed live broadcast coverage of the race through the partnership between Athletics South Africa (ASA) and the South African Broadcasting Association (SABC).

The renegotiations between ASA and SABC over the past year have not been concluded to date. As a result, it is with regret that Western Province Athletics wishes to inform our running community and the public at large, that the SABC will not be providing live coverage of the 50th Two Oceans Marathon taking place on 19 and 20 April 2019.

WPA has been working closely with the Event Organisers of the Two Oceans Marathon to find alternative ways to showcase the event to the public at large.

Together with Old Mutual Two Oceans Marathon, we are pleased to announce that this very special Half Centenary celebration of our Marathon will be live streamed on Facebook, YouTube, and IAU, among other platforms.