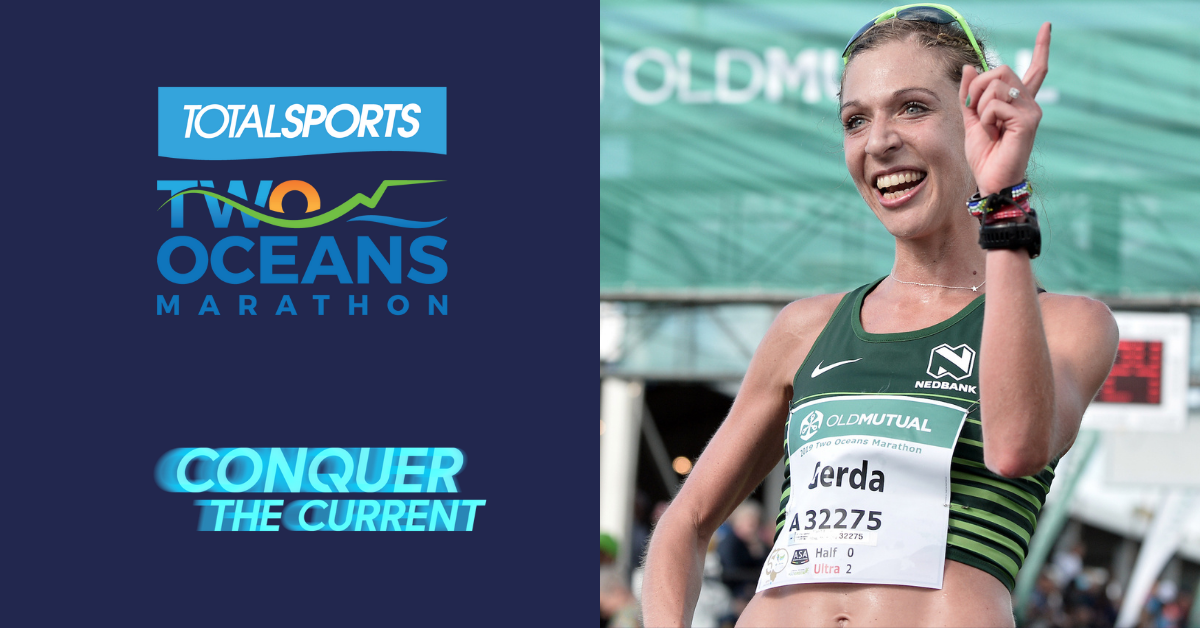 Can lightning strike in the same place three times? Gerda Steyn looking for a hat-trick of wins at 2022 Totalsports Two Oceans Ultra Marathon

Gerda Steyn, Queen of the Road, will be back on the start line of the 2022 Totalsports Two Oceans Ultra Marathon come 17 April with only thing in mind – to not only successfully defend her title, but do it for the third time in a row to go for her triple crown, and to do so with a “fast time”.

While there have been more than one multiple winners of the Two Oceans Marathon, Monica Drogemuller stood on top of the victory rostrum four times, as did Elana Nurgalieva, and Angelina Pitso Sephoa won on the three occasions. But, only Drogemuller (1990 – 1992) and Sephoa (1997 – 1999) have been able to win a hattrick of titles. Now Steyn is attempting to do the same.

Not only is she gunning for a threepeat, but Steyn will not be satisfied with “merely” a win. She is looking for that “fast time.” Whether that is the still standing record of Frith van der Merwe (3:30.36 – 1989), she will not reveal. However, the 32-year-old came within 49 seconds of that record in her previous win in 2019 when she clocked 3:31.25.

The record could very well be under threat if one considers Steyn’s progression since 2019. When she lined up for that win in 2019, Steyn’s best marathon time stood at 2:31.04. Fast forward three years, and Steyn now boasts a marathon best of 2:25.28, which she ran in April 2021 in her preparations for the Olympic Marathon in Tokyo in August that year. 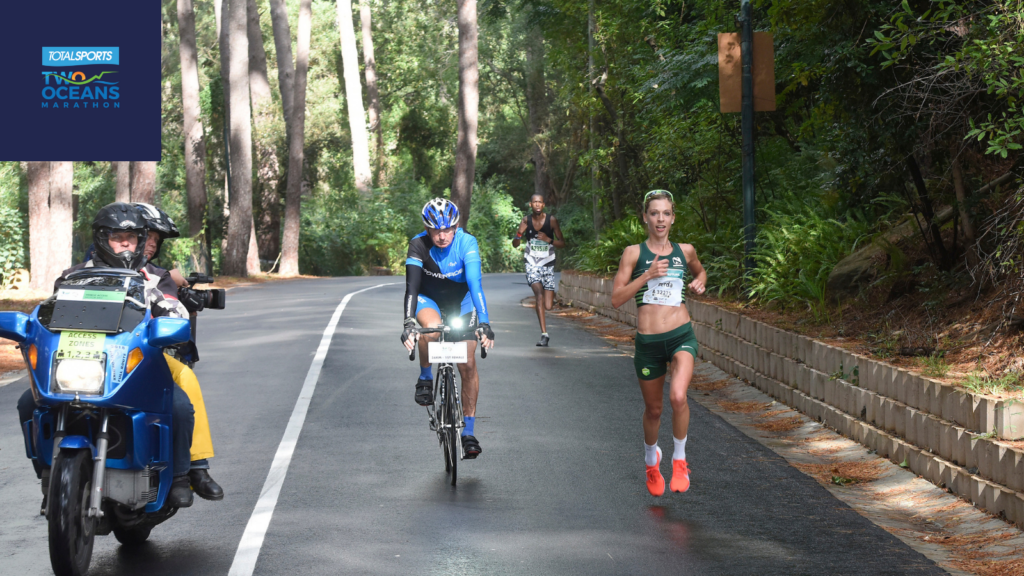 The meteoric rise of Gerda Steyn has been well documented. From a 2:51.31 Marathoner in 2016 who just wanted to run for fun, to the current SA Record Holder in the Marathon, Steyn has taken the world by storm and could write another chapter in the road running history books on 17 April.

Steyn qualified for the Olympic Games in 2019 after she finished 11th in the New York Marathon where she ran 2:27.48 – a three-minute improvement on her Marathon PB. Until she ran that time, the Olympics were not on her radar. But 2019 proved to be a watershed year for Steyn. First, she came within a whisker of breaking the long standing Two Oceans record, then she obliterated the Comrades Marathon up run best time by almost ten minutes; and then she qualified for the Olympic Marathon.

When the Covid Pandemic hit, Steyn was in deep preparations for the 2020 Two Oceans Marathon in the mountain kingdom of Lesotho and was talking about an attempt on Frith van der Merwe’s course record.

To say the signs were promising, would be an understatement. In January of 2020, Steyn took 41seconds off her 10km best, lowering it from 33:05 to 32:24. A month later, her half marathon time was improved by a minute. So when she went into high altitude training in Lesotho in March 2020, she was confident of breaking Frith van der Merwe’s record; and who could blame her after her improvements and how close she came in 2019. 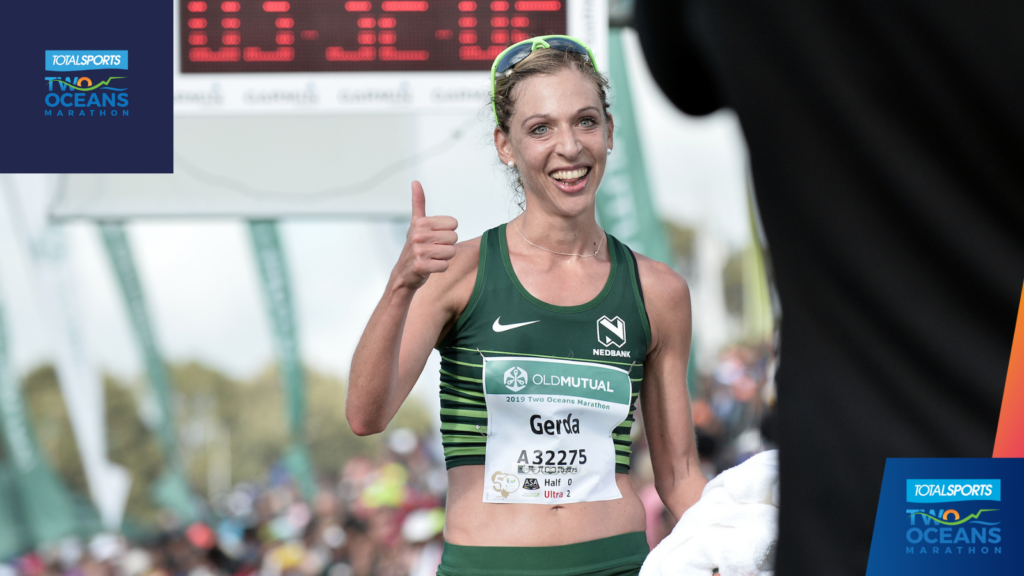 The pandemic, though, forced Steyn to reassess and refocus her racing plans as races dried up. With virtually no racing happening in the world, Steyn honed her speed and stuck to more marathon training. That something special was on the cards in the marathon was obvious after Steyn smashed a 15:45 for 5km in August that year.

Only three South African women have ever gone faster (Elana Meyer – 15:10; Colleen de Reuck – 15:20 and Dominique Scott-Efurd – 15:36). And Steyn delivered. In a wet and cold London Marathon that was open to Elite’s only and run on a looped course, Steyn came within a whisker of breaking the South African women’s marathon record of 2:26.35 held by Colleen de Reuck since 1996. Steyn clocked 2:26.51.

A year later, she shattered that record with her 2:25.28 before going on to finish 15th in the Olympic Marathon. If 2019 was a watershed year for Steyn, then 2021 was the year she entered legend status. A new SA record in the marathon, an Olympic appearance, (the best-ever result by a South African woman in the Olympic Marathon) and then the fastest woman’s marathon time run on South African soil when she finished 4th at the Cape Town Marathon in 2:26.25. She now holds the two fastest ever SA Marathon times on legal courses.

With that kind of progression, it’s small wonder that many believe Frith van der Merwe’s course record of 3:30.36 at the Two Oceans Marathon will finally be erased after 33 years.

But Steyn is pragmatic. In her relatively short career as a professional athlete, Steyn has learned to take nothing for granted on race day. As defending champion, she’s fully aware that all eyes will be on her. “I know of a target, a bull’s eye, on my back and the Two Oceans always attracts top athletes. So I know that I cannot merely pitch up and expect to win, never mind run a fast time.”

Racing is a fickle business. You can be in the best shape of your life and wake up on race day and just have a bad day. So, Steyn will treat the race in same way she does every race. “I have done the work. I will stick to my plan and run my own race. If that is good enough for the win, or even a fast time and even a record, then I will be very happy. You can only do your best.”

There is no doubt that Steyn will have massive support on race day. She has fast become an icon of South African road running and everywhere she goes, runners ask to take a photo with her. An entire nation will be rooting for her come April 17. And lightening may well strike three times. 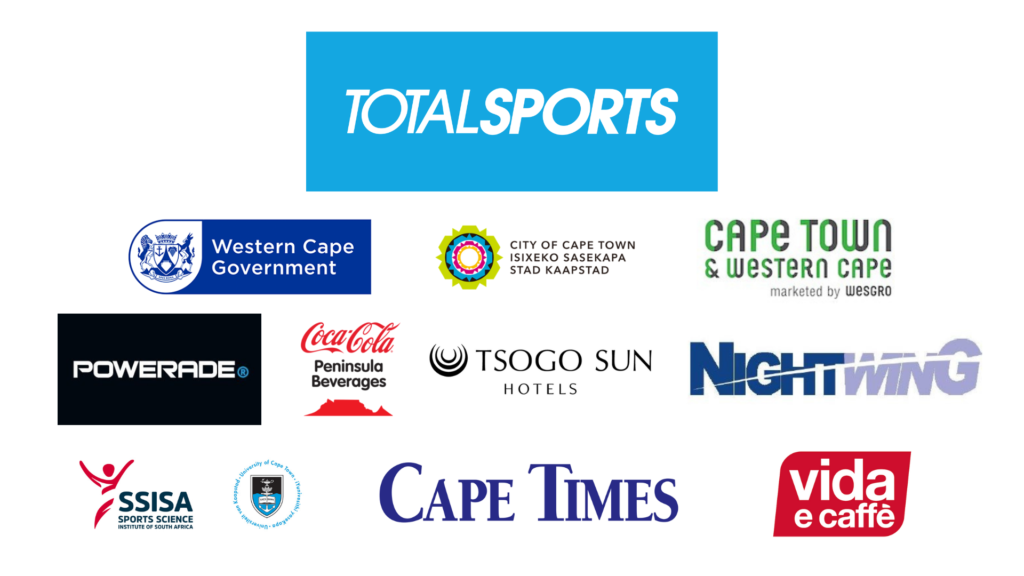