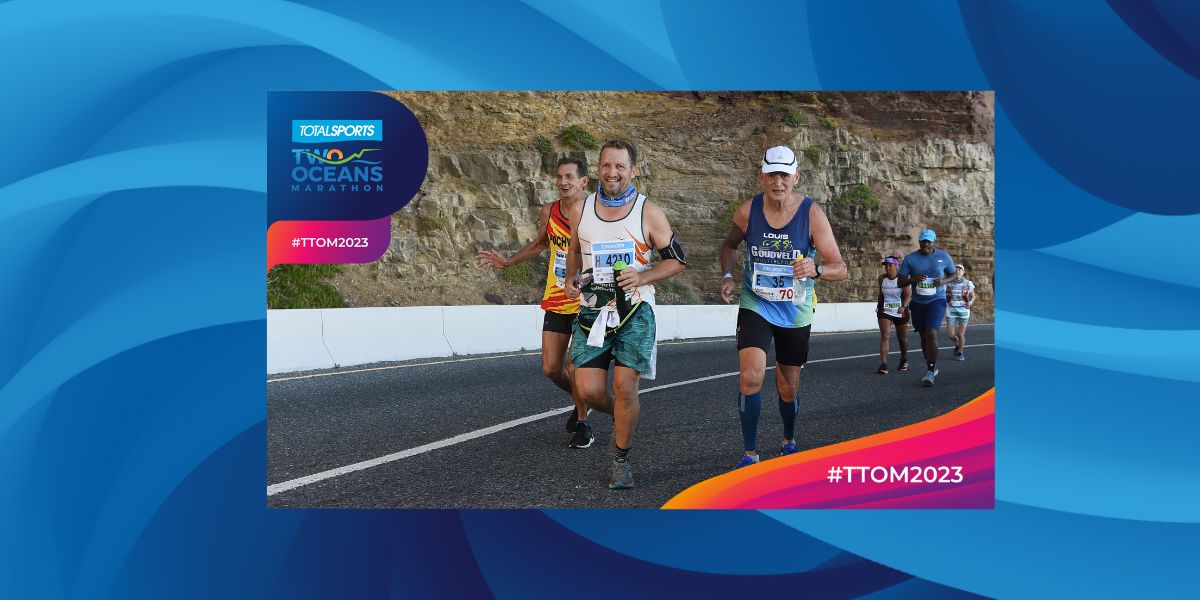 Happy Birthday, Louis Massyn! Celebrating a journey that began with a love for running and continues for the same reason 50 years later

After 50 years of running, relentlessly and passionately, you’d think the thrill of this sport would wane, but for legendary athlete Louis Massyn, the fire still burns as it did at his debut in November of 1972. It’s safe to say that this is a man who has zero intentions of hanging up his running shoes, despite a recent knee operation. “My goal is to run until my body will no longer carry me,” he says.

While he had never imagined that he’d ever successfully complete 45 Two Oceans Ultra Marathons, he has plans to get to 50. Although he admits that it won’t be easy, especially considering his age, the determination to reach this goal outweighs any thoughts about possible roadblocks. 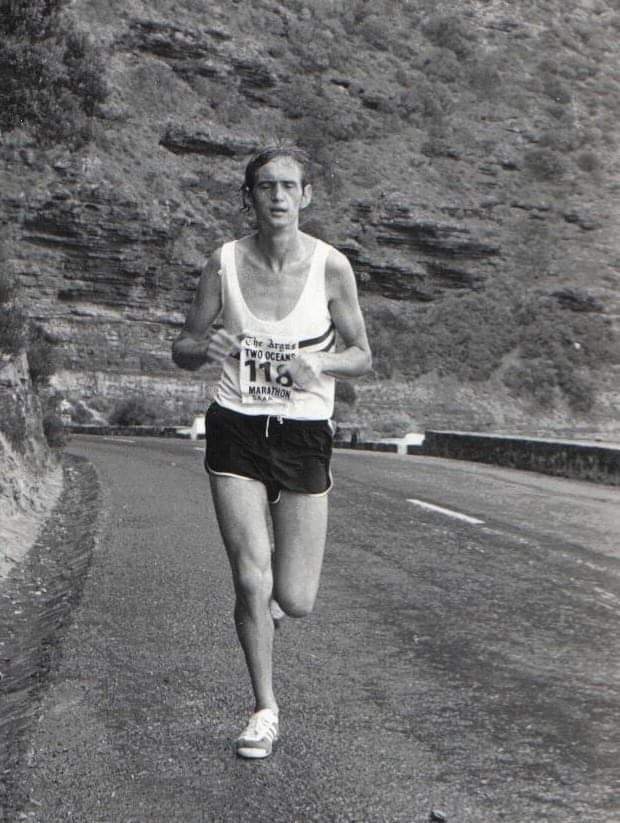 Above: Louis Massyn tackles the Two Oceans Ultra Marathon in 1976

What is it about the Two Oceans that keeps you coming back year after year – or is it just that you have a competitive streak?

I enjoy coming to Cape Town and have a lot of good memories running the Ultra; the chance to make new, incredible memories is what keeps me coming back.

What’s been your most challenging TOM Ultra so far, and why?

My 40th was the toughest, I sustained an injury before the race, which meant that I was unable to run for 7 weeks prior to race day. But it is also one of my proudest TOM Ultra marathons.

Speaking of injuries, you’ve recently had knee surgery on 5 August – how is the recovery process going so far?

Yes, I have been going through a very emotional time in the past 3 months. I experienced a torn meniscus and had an arthroscopic debridement procedure but the healing has been unbelievably good for me. So much so that I ran the Detroit FreePress Marathon on an invite from friends in Detroit, as well as the TCS London Marathon and Chicago Marathon.

It’s great that you’re recovering well. But how long would you say it takes your body to recover from a race now compared to previous years?

I have a quite fast recovery. I honestly think that it’s thanks to many years of experience. 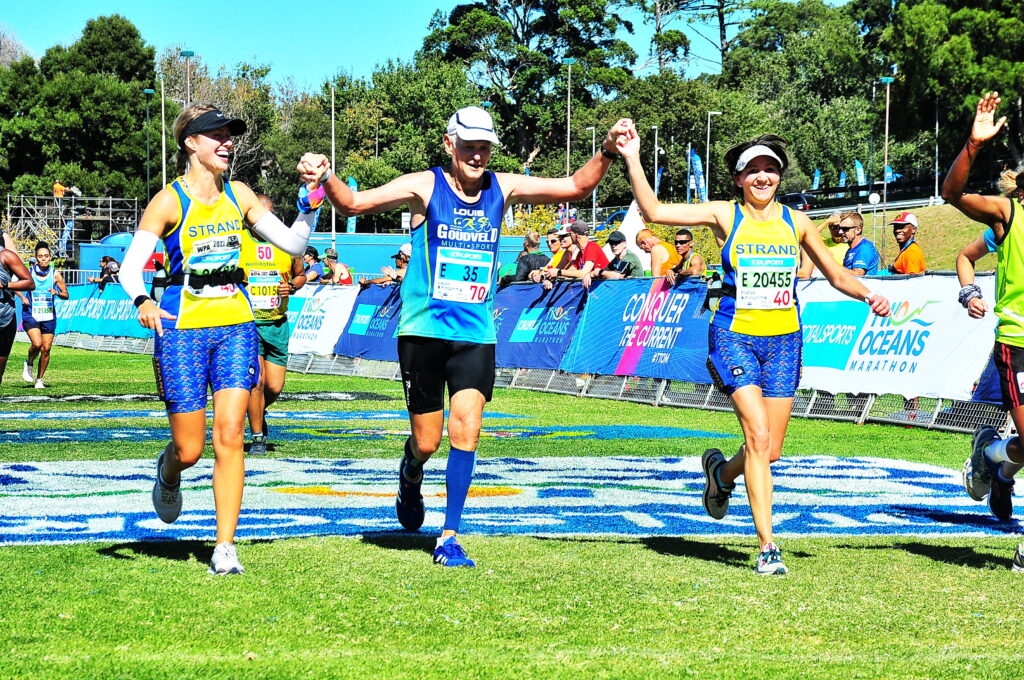 In a previous recorded interview with TOM, you mentioned that for your debut TOM Ultra race, you struggled with a lack of refreshments and suffered some cramps. What lesson did you take from that experience going into the next races? And, how much preparation do you put into your race nutrition plan now?

There are many lessons I have learnt over the years. I mean, we were not aware of the benefits of magnesium and calcium for runners back then. Regarding nutrition, I really do try to eat healthilysnip, especially closer to race day.

Would you say that you’re less nervous now at the start of the race than you were in your early days?

Oh, I am far less nervous now than I was back then. 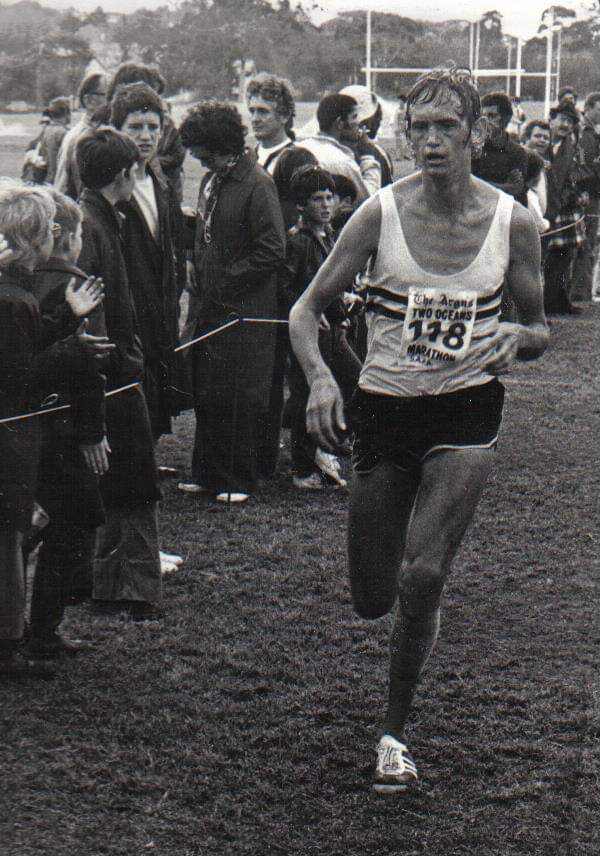 Above: Louis on the finish straight during the 1976 TOM Ultra

You also mentioned that you’re planning to do the six majors, a journey which you’re nearly done with. What has this particular journey been like for you?

I recently completed my 5th major, which means I’ve done NYC, Berlin, Boston, London and Chicago. I am looking forward to doing the last major, Tokyo, next year. Each city marathon has been a different experience for me. I think London had the most spectators along the route, maybe more than 2 million, which was interesting. Out of all of the cities I’ve completed, Boston is my favourite and Berlin also has a very special place in my heart.

Why is Boston your favourite and what was your training like for the above?

Boston has been very special because I was a VIP athlete on an invite and I was fully sponsored for the race, as well as for the NYC race. But training was good for all of them.

Do you ever feel that you put pressure on yourself with high expectations based on goals that you hope to achieve?

My expectations have always been high, and even though I have had a good innings over the 50 years of running, I just want to enjoy my running. That is all. 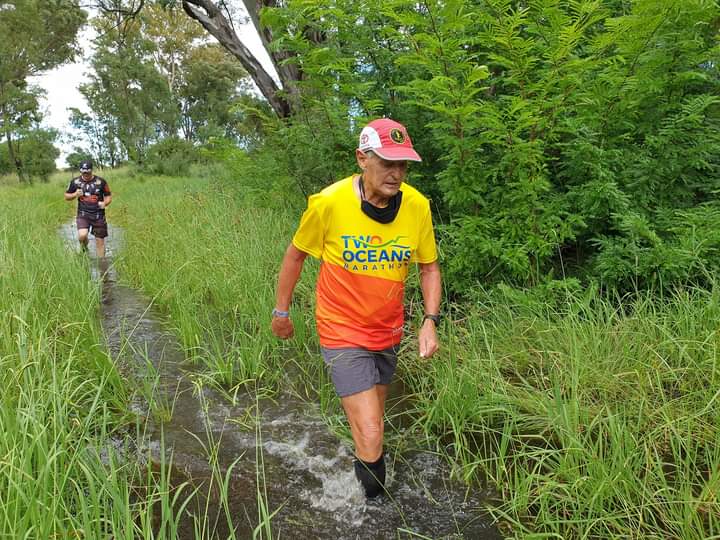 Above: Louis in his TOM Trail T-shirt in February 2022.

What are your words of inspiration for all those who look up to you and want to emulate your TOM Ultra success, especially those going into the Totalsports Two Oceans Ultra Marathon 2023 as first-time ultra marathon runners?

I am very proud to say that I have so many young potential runner friends that I mentor and this is what I usually tell them: be yourself, dedicate your all to running, and the achievements will come in a few years.

At the end of this interview, Louis informed us that he is working on his biography, which is “80% completed” so far. The book may be released in early 2023.