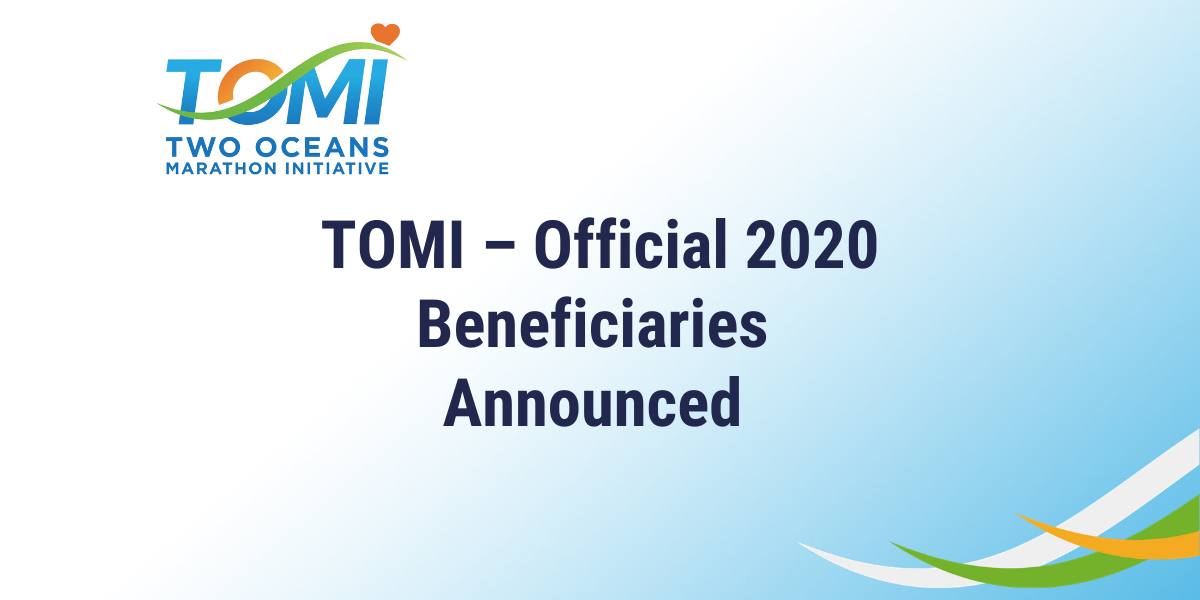 Submissions were received from community-based organisations working to further positive outcomes in the areas of Education, Environmental Sustainability, Health and Wellness, and Athletic Development, the four pillars of the Two Oceans Marathon Initiative (TOMI).

The above successful applicants were chosen based on the strength of their submissions, alignment to TOMI objectives, and having met the TOMI Donations qualifying criteria.

The total sum to be disbursed is R217 565,30 and was made possible through direct donations from runners over the past year. It will be distributed to the 14 charities.

‘We were privileged to receive such a high standard of submissions. In many ways the commitment of these organisations to fulfilling their community upliftment goals is indicative of the year-round effort put into achieving personal goals, and the difference they’re helping to make is no small feat,’ says race director Debra Barnes.