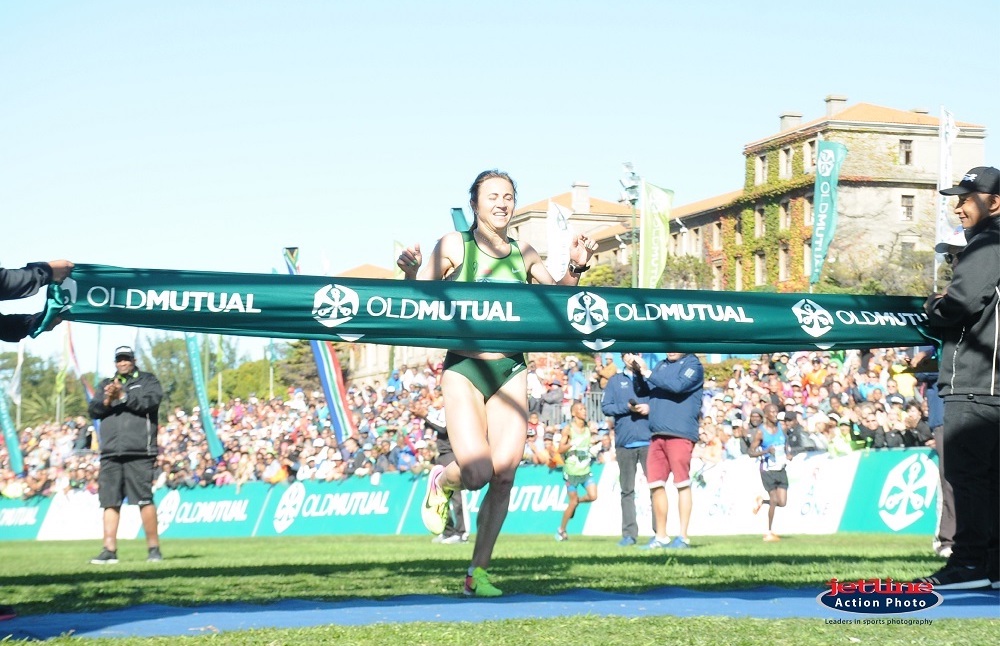 Defending Old Mutual Two Oceans Marathon women’s champion Maryna Damantsevich will unfortunately not be lining up at the start of this year’s OMTOM on 31 March.

The Belarusian, running in the colours of Nedbank Running Club International, last year finished the race with a 10-minute lead, despite a mishap at the start convincing her that she had fallen behind. After she fell, she set a blistering pace to catch up, thinking there are other women ahead of her. She eventually crossed the finish line first in a time of 3:37:13.

Damantsevich’s coach, Anatoliy Bychkov, said his athlete unfortunately had to withdraw from this year’s event, as she needs to prepare for the European Marathon Champs as part of the national team.

There is a very good chance that the team from Belarus will be crowned European champions. As this is very important for the country, Damantsevich’s has no other choice but to take part in the marathon champs. “The head coach said she will not be able to perform well at the European Championships after a 56km event,” said Bychkov. 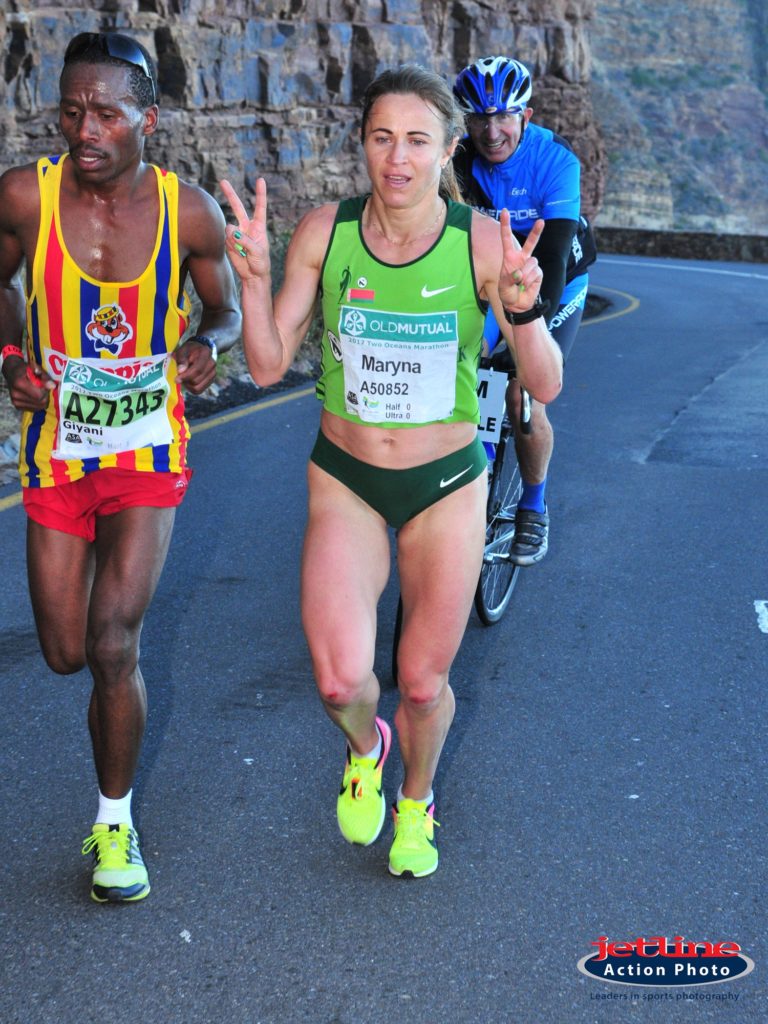 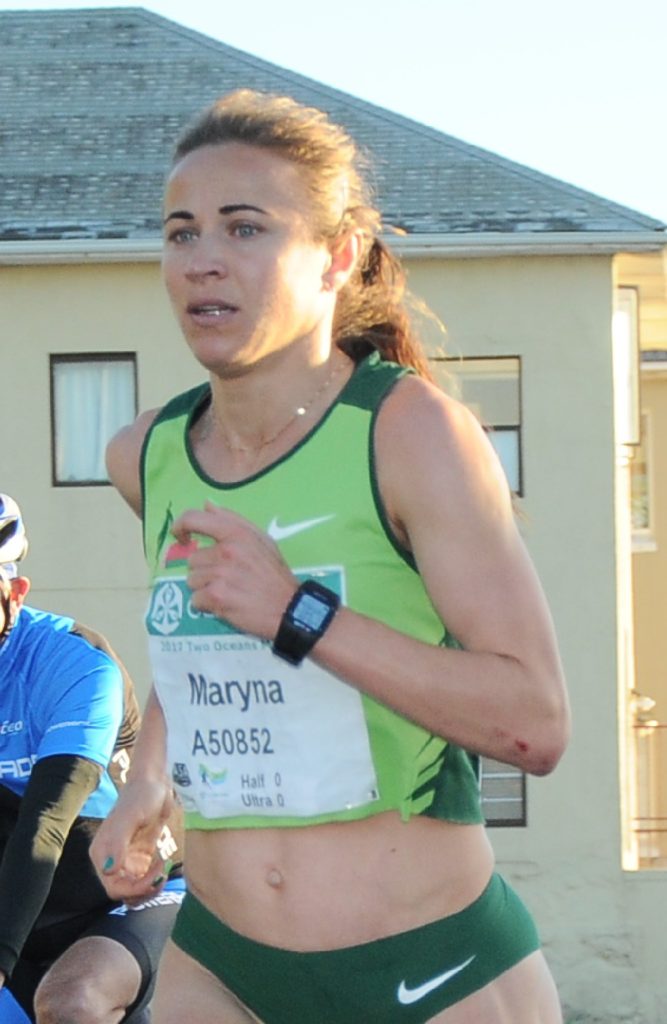 Though Damantsevich’s withdrawal is a disappointment, many other NRC female runners are expected to deliver top class performances in both the Ultra and Half Marathon fields. Comrades champion Charné Bosman, who chose to miss Oceans last year and focus solely on the Comrades Marathon, will be back on the starting line. Bosman boasts a 3:48:41 at the 2016 OMTOM where she finished 4th female. She clocked a 3:54:32 in 2015, crossing the line in 5th position.

The evergreen Ntombesintu Mfunzi, who placed 5th at last year’s OMTOM, will be back stronger this year, and hoping for a better position. She boasts a 3:52 PB set in 2012.

Lastly but certainly not least is Irvette van Zyl, who will probably be around 6-7 months pregnant when she tackles the OMTOM Half Marathon. Van Zyl is no stranger to this race, having won the race in 2016 and 2017. She clocked 01:13:13 in 2016 and 01:13:51 in 2017 while boasting a PB of 01:12:55 on this course. Van Zyl has lately set some superb running times whilst winning some races, despite being pregnant.

One thing is sure; come 31 March, there will be no shortage of superb running at the 2018 edition of the Two Oceans Marathon.