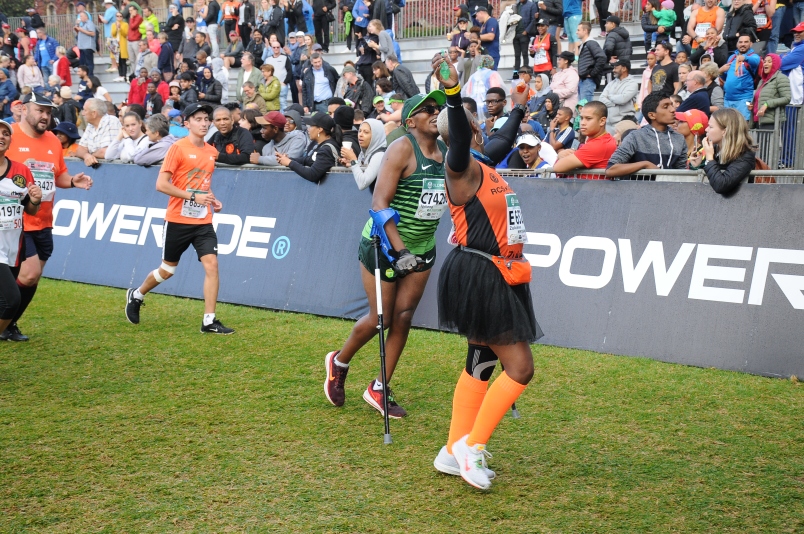 When ‘crutch runner’ Ipeleng Khunou first burst onto the running scene, few supporters could believe what they were witnessing. Ipeleng was born with septo-optic dysplasia, a brain condition which affects your nerves, eyesight, balance and musculoskeletal development, among other things.

Ipeleng was previously in a wheelchair but after an operation, he was able to use crutches to walk and run – except in ‘proper’ track events, which is what he craved. ‘When I was 16, I wanted to run on crutches but because there is no disability category for doing so, I gave up,’ he tells us. ‘I’ve always been asked to take part in the wheelchair category instead’.

Two Oceans Marathon is proud to be the first event that gave Ipeleng his ‘crutch-running’ breakthrough. ‘I was delighted when, in 2018, the organisers told me I’d be allowed to run because there were no “restrictions” on disabilities,’ says 32-year-old Ipeleng. 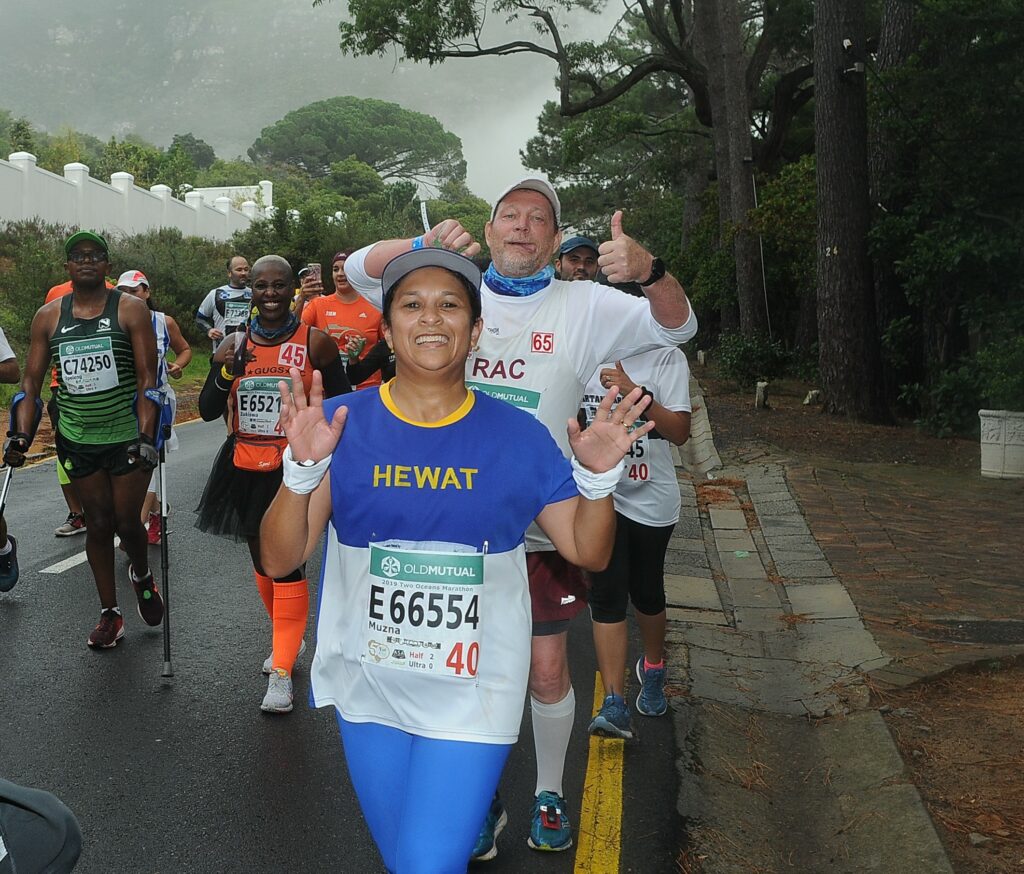 As in 2018, Ipeleng’s goal in 2019 was to finish the Half Marathon, firstly. In 2019, he had hoped to finish, and within the cut-off time as well. When speaking to him immediately after the race, this pioneering athlete said to us that, ‘It felt amazing to run the Half’, even though he had completed 10 minutes after the cut-off time. ‘I am still on a high after all that excitement,’ he went on to add. ‘Yes, I wanted to run a faster time but you have to put safety first. I’m wary of certain parts of the roads on crutches and my goal was to avoid cramps. I didn’t go as fast – but it’s all good!’.

When we catch up with him now at two months later, Ipeleng is no less determined. ‘My goal is to get a Blue Number,’ he says matter of factly.

Turning his attention to the Tokyo 2020 Paralympic Games

Ipeleng, who will be qualifying for Two Oceans Marathon 2020 at the PPC Riebeeck Berg River Marathon on 3 August, has written to the International Paralympic Committee (IPC) in the hopes of taking part in the Tokyo 2020 Paralympic Games. ‘I want to draw attention to crutch-assisted runners in the hopes that a relevant category will be instated for us. I’ll run in any event possible with a “crutch” category. In sporting terms, going on 33, I’m a little on the old side but I’m doing it for the next generation. I’m also hoping that the pool of those who are currently running with crutches, or who are thinking of doing so, will grow’.

So do we – the incredible Ipeleng has already made the ‘impossible’ possible, and he isn’t about to start running away from challenges now.