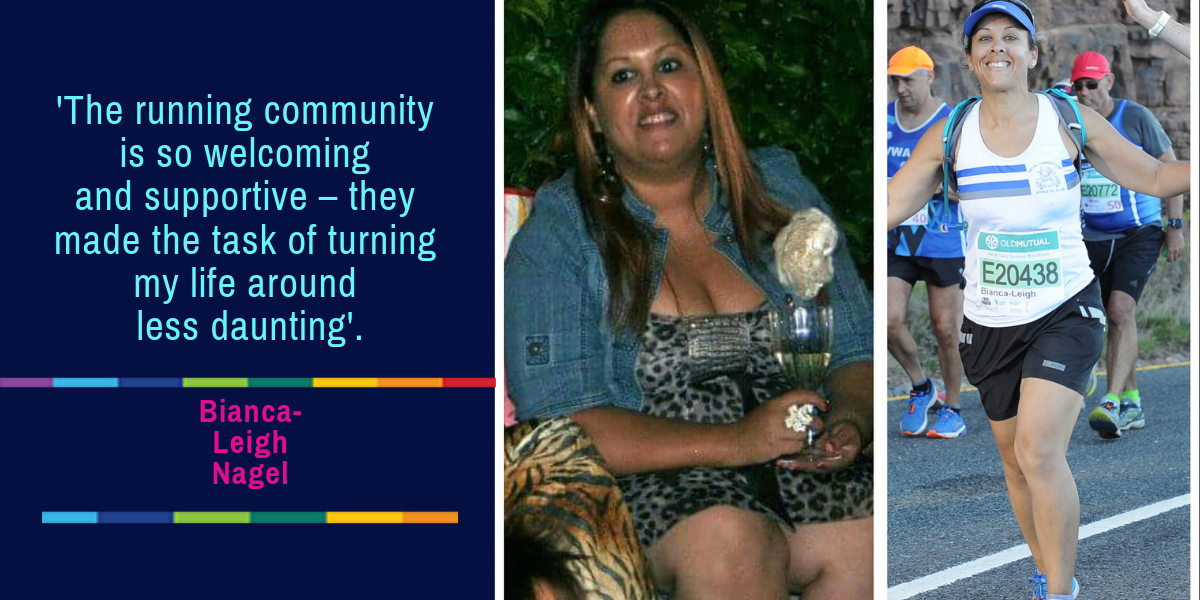 ‘ Unless you change your lifestyle, you’re headed for a stroke. In fact, you’re lucky to have avoided one’. The year was 2014 and the patient was Bianca-Leigh Nagel. The place? The Emergency Room. At 92 kilograms, and just back from a food-filled holiday with her sister, Bianca had collapsed thanks to painful cramps and after finding herself short of breath.

Those were the words from a nurse that changed the then 35-year-old’s life. The nurse may have been trying to jolt her into action but her sentiments were far from an ‘idle threat’ – Bianca’s blood pressure had been very high and many of her family members have diabetes. The intentional diatribe from the nurse worked: Bianca would go on to lose between 35 and 40 kilograms, over a period of three years. Gone was adhering to an eating plan half-heartedly, or going for the occasional jog. In its place now was a resolve to be the best version of herself she could be. 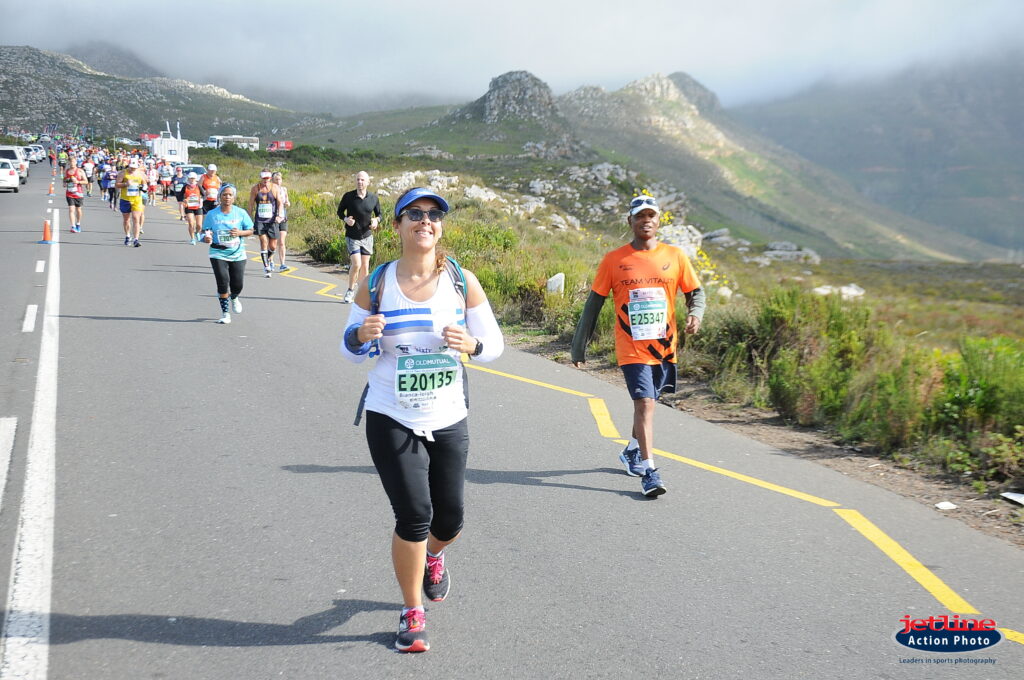 Bianca (40) says she’d always used food as a crutch thanks to a sequence of events, and long working hours as an excuse not to exercise. Poking fun at herself, she tells of having been born the proverbial heavy baby, weighing 12 pounds (slightly more than 5kg). ‘The fact is though my weight yo-yo’ed most of my life and I just got used to the fat-shaming and taunts – to the point where I avoided my matric ball for fear of having to ask someone out,’ Bianca tells us.

One sad event in the ‘series’ she alludes to was her boyfriend’s sudden death. Bianca was only 21 at the time, and it left her depressed and ‘suicidal’. Things came to a head as far as her weight escalation was concerned, when she was retrenched in her 30s. ‘I’m an emotional binge-eater. The last number I ever saw on the scale was 97 and my way of dealing with this was never to look at the scale again, but I know that I hit triple digits at some point’.

Bianca’s tips for losing the weight and keeping it off 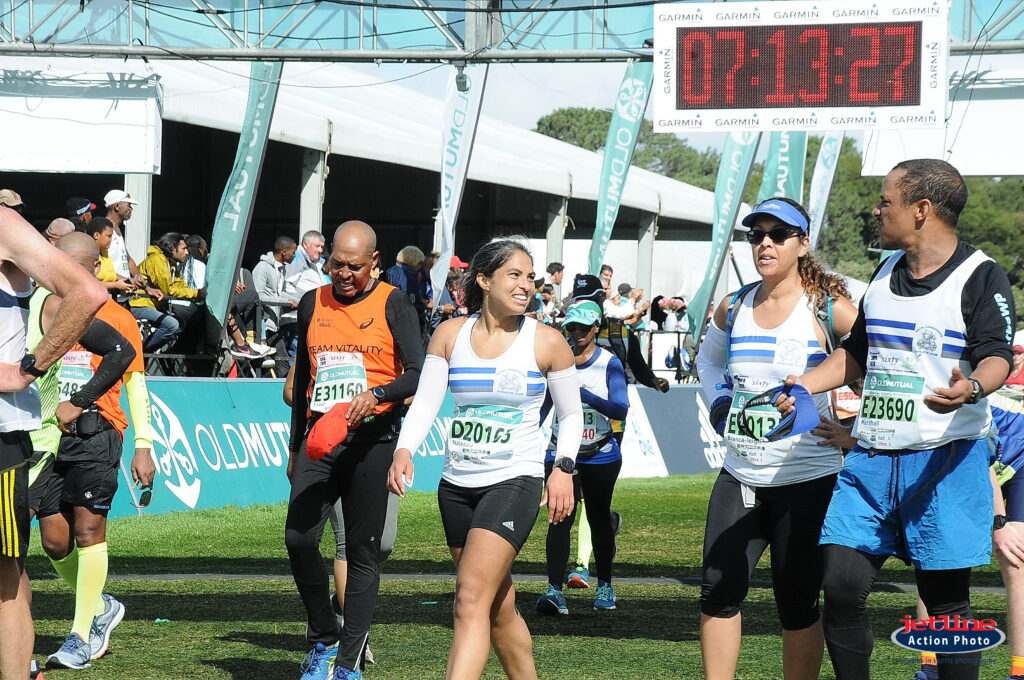 Bianca now weighs between 63kg to 65kg depending on the number of ‘post-race koeksisters’ consumed on any given weekend, and says the biggest myth is that there is a magic formula. It takes common sense, sound nutritional and lifestyle principles – and a good exercise routine.

If you’re new to running or thinking about running, what are the rewards?

Running has shown me that I can and you should at least try – try running, try getting out there and try changing to the ‘I can’ mindset. It’s fine and even normal to fail sometimes. 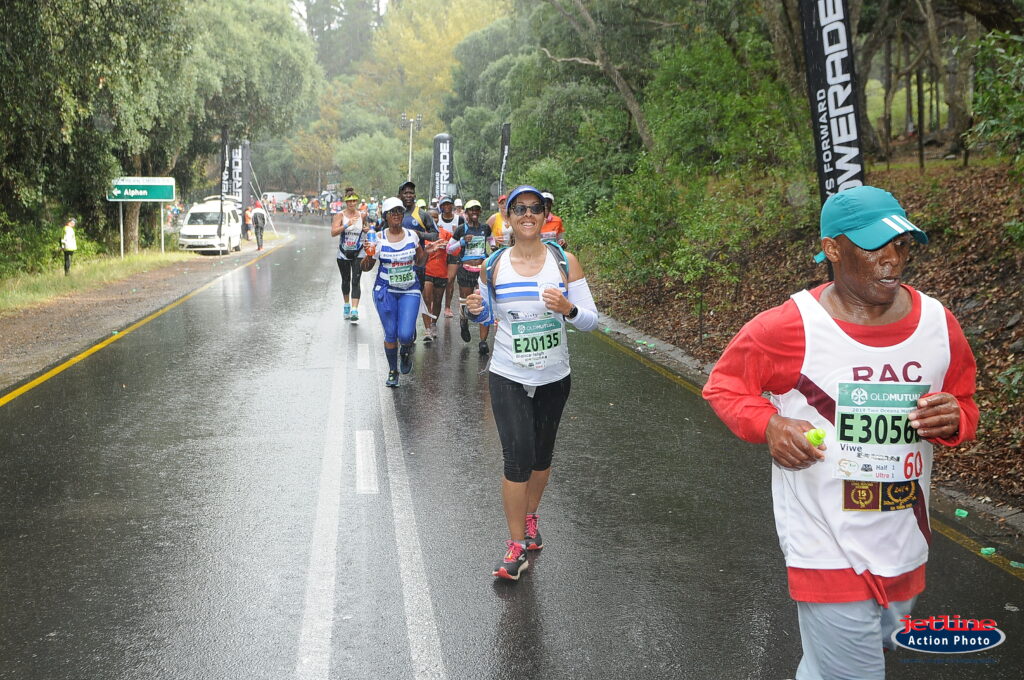 Of course transforming physcially and being stronger has been wonderful, but the greatest improvement has been the mental one. I always thought ‘I couldn’t, I can’t, I shouldn’t’ – and this related to anything – work, relationships, ambitions. My friendship circle has exploded and I have people from all backgrounds, cultures and ages that I call friends. Running has taken me out of my comfort zone; it has taken me from my couch to places I would never have had reason to visit before.

My face lights up when I see friends taking to the road for the first time, knowing I had a small part to play in that; and I hope to keep inspiring others – to show that if you put your mind to it, it is possible.

Four years ago, Bianca was huffing and puffing around a 900m circuit – here’s how far she has come

I also attempted my first Comrades Marathon this year. Unfortunately, I picked up an injury in March which didn’t heal properly and hampered my training so I only made it to Drummond. But I loved the whole experience and will definitely be back – older and wiser!