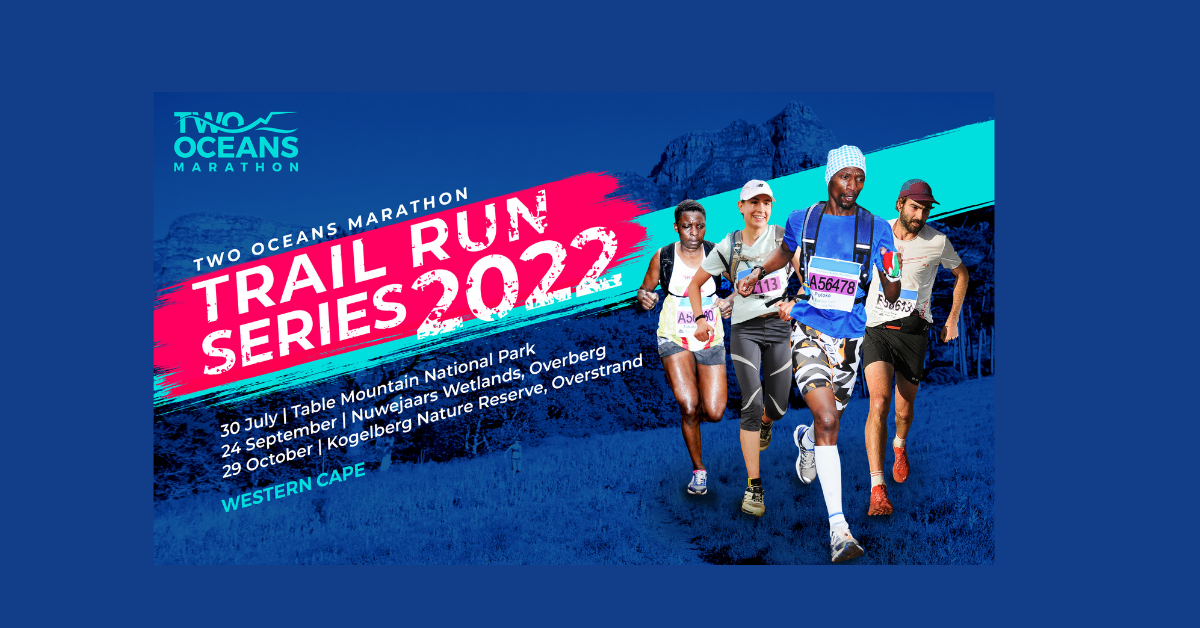 A trio of Trail Runs will be held in the magnificent Western Cape locations below, allowing runners to explore and experience famed coastlines and forests to rich wetlands, lagoons and plains; to estuaries, mountain ranges and rich biodiverse landscapes.

A series highlight is sure to be the new Trail Run in the Nuwejaars Wetlands area with a pioneering route specifically created for this Two Oceans Marathon Trail Run Series. The Table Mountain National Park Trail Run also features brand-new trail routes.

The TOM Trail Run Series will be hosted annually, with the first event of the series at Table Mountain National Park, counting towards runners’ Blue Number tally.

Race Director Debra Barnes says, “With the exponential growth of trail running over the past decade, this Trail Run Series was born from a desire to grow our Trail Run offering in the Western Cape, with new and challenging trail runs against the diverse and breath-taking expanse of spectacular inland terrain, along the coast, across wetlands and over mountains.

“The TOM Trail Run Series, which caters for both novices and experience trail runners, is a thrilling trail experience across diverse natural landscapes, challenging mountain paths, and some of the most beautiful coastal routes on the African continent”.

As the event capacity is under 2 000, there are no applicable COVID protocols. There is no need to upload your vaccination certificate, or to provide proof of a negative antigen test.

Masks remain mandatory at indoor venues, such as Race Pack Collection on site.

A cash prize of R30 000 will be awarded to the Long Trail Run male and female champion each at Table Mountain National Park, Nuwejaars Wetlands and Kogelberg Biosphere Reserve.

Similarly, a champion’s prize of R5 000 will be awarded to the first men and women’s runner in the Short Trail Run at each venue.

The Series Winner in the men and women’s categories, is determined by the fastest time achieved, as officially measured and recorded over participation in all three events in the Two Oceans Marathon Trail Runs Series. Each male and female Series Winner is also eligible for a cash prize of R30 000.